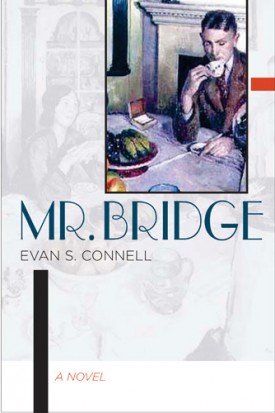 Walter Bridge is an ambitious lawyer who redoubles his efforts and time at the office whenever he sense that his family needs something, even when what they need is more of him and less of his money. Affluence, material assets, and comforts create a cocoon of community respectability that cloaks the void within–not the skeleton in the closet but a black hole swallowing the whole household.
The Bridge novels have been recognized as classics during their author’s lifetime. With their shared ability to capture the manners and mores of the American upper middle class, Connell has done for the late thirties what Sinclair Lewis did for the twenties.

Evan S. Connell, Jr., one of America's major literary figures, is the author of numerous books, including Notes in a Bottle Found on a Beach in Carmel, The Anatomy Lesson, and At the Crossroads.

Praise
"One of our most interesting and intelligent American writers... Connell has written a small masterpiece, its structure exactly matched with its story."