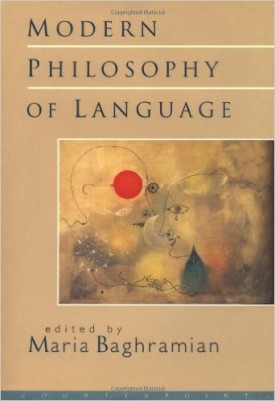 A collection of seminal writings on the philosophy of language. In our century, philosophers have become increasingly concerned with the relationship between language, the mind, and the world. Language has come to be viewed both as a source of puzzlement and as a repository for untapped knowledge. The philosophy of language is an attempt to understand the nature of language and to explore the link between what we say and what we intend. Modern Philosophy of Language brings together the most significant writings on language in twentieth-century philosophy–from the work of Gottlob Frege, Bertrand Russell, and the logical positivists to the contemporary contributions of W. V. O. Quine, Noam Chomsky, and Michael Dummett. The articles collected here are benchmarks in the development of various strands in the modern analytic philosophy of language.