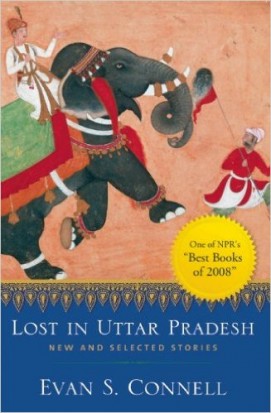 Evan S. Connell’s restraint, concision, and perfect pitch lend themselves stunningly to the short story form. He intuitively senses when to explain and when to let silence stand in speech’s stead. His characters—among them, a wanderer back from Spain, the corpulent Mr. Bemis, Katia and her lion—ring true not because the stories are filled with monumental events, but because they center around seemingly insignificant experiences that remain in the mind, imbued with a meaning ever difficult to define. Often we are left to float in their wake, ending in an ellipsis of sorts. Yet by Connell’s mastery, even the voices that speak only once resonate beyond the final page.