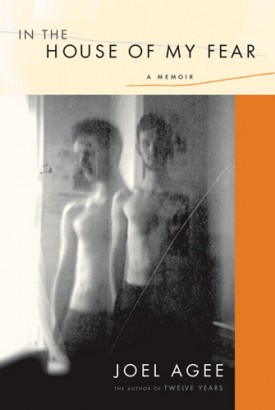 In the House of My Fear

In the spring of 1964, Joel Agee, not quite at home in his native New York (having spent much of his boyhood and youth behind the Iron Curtain), accidentally ingests a sizeable dose of LSD. All at once he is thrown from the precincts of bohemian normalcy into a whirl of bizarre synchronicities, symbols and omens. Nothing is ever the same again. Thirty years later a sobered Joel Agee sets himself the task of recounting his adventures. He begins as a memoirist, but the truth he is seeking is not just that of memory. This book is a rescue mission — to find the ghosts of his past he must write his way into the house of his fear.

Joel Agee is a writer and translator. He has received several prizes, including the Berlin Prize of the American Academy in Berlin in 2008 and the Helen and Kurt Wolff Prize for his translation of Heinrich von Kleist's verse play Penthesilea. He is the author of two memoirs--Twelve Years: An American Boyhood in East Germany and, more recently, In the House of My Fear. His translation of Prometheus Bound was produced at the Getty Villa in 2013. He lives in Brooklyn, New York.