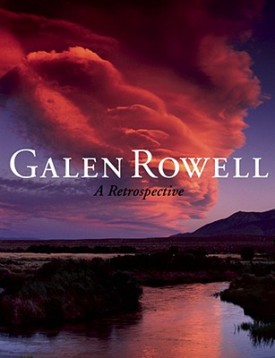 By Editors of Sierra Club Books

Galen Rowell was the archetypal adventure photographer, his iconic images published in leading magazines and scores of books, exhibited in major galleries, and cherished by fans ranging from the Dalai Lama to news anchor Tom Brokaw. When he and his wife and business partner, Barbara Cushman Rowell, perished in a small–plane crash in 2002, he had just completed a landmark assignment for National Geographic and had begun making stunning new images of his favorite old haunts in the Sierra Nevada.

Fortunately for us, his productivity was immense and his photographs eticulously archived, making possible this first and only comprehensive retrospective of his work. It includes more than 175 images representing all phases and dimensions of Rowell’s singular career, chosen by the editors with whom he worked most closely, overseen by his family and studio colleagues, and reproduced to the highest standards of lithography from digital masters of his 35mm frames. Complementing and illuminating the pictures are essays and commentaries by Rowell’s friends and associates from the worlds of mountaineering, conservation, photography, and publishing, along with an in–depth biographical introduction by Robert Roper and an appreciation of his work by photography critic Andy Grundberg.

Born in 1940 in Oakland and raised in Berkeley, California, to a college professor and a concert cellist, Galen Rowell was introduced to wilderness before he could walk. He began climbing mountains at the age of ten on Sierra Club outings, and at sixteen made his first roped climbs in Yosemite Valley. Over the next fifteen years he logged more than a hundred first ascents of new routes there and in the High Sierra backcountry.