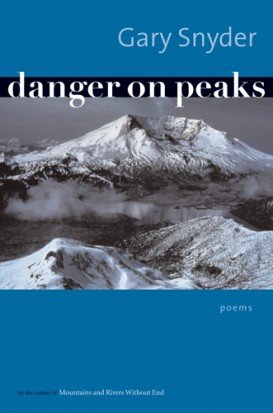 As a Pulitzer Prize-winning poet, bioregional activist, Zen Buddhist, and reluctant counterculture guru, Gary Snyder has been a major artistic force in America for over five decades, extending far beyond the Beat poems that first brought his work into the public eye.

Danger on Peaks begins with poems about Snyder’s first ascent of Mount St. Helens in 1945 and his learning that atomic bombs had been dropped on Hiroshima and Nagasaki on the morning of his descent. Containing work in a surprising variety of styles, creating an arc-shaped trail from these earliest climbs to what the poet calls poems “of intimate, immediate life, gossip and insight,” Danger on Peaks is Snyder’s most personal work ever.
About Gary Snyder