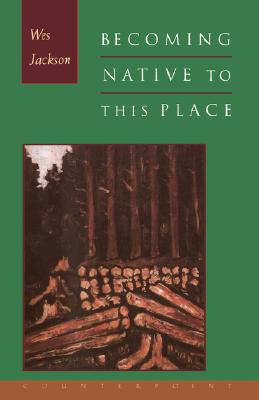 Becoming Native to This Place

In six compelling essays, Wes Jackson lays the foundation for a new farming economy grounded in nature’s principles and located in dying small towns and rural communities. Exploding the tenets of industrial agriculture, Jackson seeks to integrate food production with nature in a way that sustains both. His writing is anchored in his work with The Land Institute, lending authenticity to topics that—in the hands of other writers—too often fail to escape the realm of the conceptual.

Wes Jackson, a respected advocate for sustainable practices, organic agriculture, and environmental scientific understanding, is the founder of The Land Institute, in Salina, Kansas. The author of Altars of Unhewn Stone and New roots for Agriculture, he was awarded a MacArthur Fellowship in 1992.