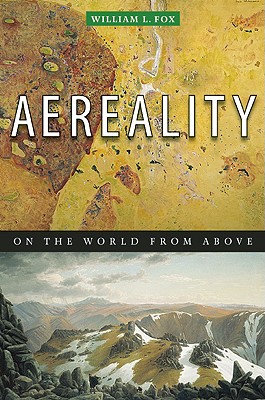 On the World from Above

William Fox’s writing for the last several years has been focused on how we construct aerial views, either physically (by flying) or in our imaginations.

In Aereality, he flies over earthworks in Nevada and Utah, soars through the world’s largest open pit mine, and surveys Los Angeles, circumnavigating large swaths of true American urban sprawl. On the East Coast, he examines the elevated art of the Hudson River Valley and New York City. And finally, in Australia, Fox examines the history and current practice of both Euro–Australian and Aboriginal aerial views, and searches for the cognitive roots of our aerial imagination.

Accompanying Fox throughout his travels is a rolling cast of enlightened fliers: geographers, museum curators, landscape photographers, anthropologists, and artists. He traverses the sky in prop planes, helicopters, and hot air balloons, all with the ultimate goal of knowing and experiencing the earth from the air.

William L. Fox, Director of the Center for Art + Environment at the Nevada Museum of Art in Reno, Nevada, has variously been called an art critic, science writer, and cultural geographer. He has published sixteen books on cognition, art, and landscape, more than a hundred essays in art monographs, magazines, and journals, and fifteen collections of poetry.

Fox has researched and written books set in the Antarctic, the Arctic, the Himalaya, and the deserts of Chile, Australia, and the United States. He is a fellow of both the Royal Geographical Society and Explorers Club, and recipient of fellowships from the Guggenheim Foundation, National Endowment for the Humanities, and National Science Foundation. He has been a visiting scholar at the Getty Research Institute, the Clark Art Institute, the Australian National University, the National Museum of Australia, and the Oslo School of Architecture and Design.