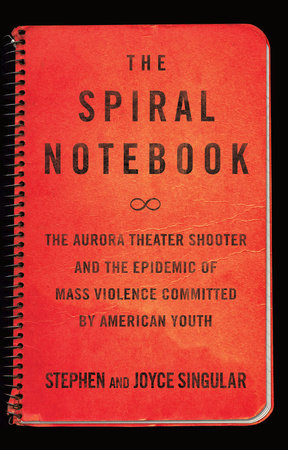 On July 20, 2012, twelve people were killed and fifty–eight wounded at a mass shooting in a movie theater in Colorado. In 1999, thirteen kids at Columbine High School were murdered by their peers. In 2012, twenty children and seven adults were killed at Sandy Hook Elementary. Thirty–two were killed at Virginia Tech. Twelve killed at the Washington Navy Yard. In May 2014, after posting a YouTube video of “retribution” and lamenting a life of “loneliness, rejection, and unfulfilled desires,” a lone gunman killed six and wounded seven in Isla Vista. All of these acts of violence were committed by young men between the ages of eighteen and thirty.

Mass violence committed by young people is now an epidemic. In the first fourteen school days of 2014, there were seven school shootings, compared to twenty–eight school shootings in all of 2013. The reasons behind this escalating violence, and the cultural forces that have impugned a generation, is the subject of the important new book The Spiral Notebook.

New York Times–bestselling author Stephen Singular has often examined violence in America in his critically–acclaimed books. Here he has teamed with his wife Joyce for their most important work yet — one that investigates why America keeps producing twenty–something mass killers. Their reporting has produced the most comprehensive look at the Aurora shooting yet and draws upon the one group left out of the discussion of violence in America: the twenty–somethings themselves.

While following the legal proceedings in the Aurora shooting, The Spiral Notebook is full of interviews with Generation Z, a group dogged by big pharma and anti–depressants and ADHD drugs, by a doomsday/apocalyptic mentality present since birth, and by an entertainment industry that has turned violence into parlor games.

Provocative and eye–opening, The Spiral Notebook is a glimpse into the forces that are shaping the future of American youth, an entire generation bathed in the violence committed by their peers.

Joyce Singular is a researcher and collaborator on a number of titles with her husband, adding a female perspective on the nature of crime. They live in Denver, Colorado, with their son.

Joyce Singular is a researcher and collaborator on a number of titles with her husband, adding a female perspective on the nature of crime. They live in Denver, Colorado, with their son.

Praise for The Spiral Notebook

"The Singulars are able and enthusiastic reporters, providing detailed depictions of the event, the lead–up to it, the emergency response, and then, to their frustration, a judicial process assiduously withheld from the prying eyes of the media."—Brooklyn Rail

"The Singulars offer a harrowing look at the crime and the courtroom drama. They explore the complex legal battles, particularly over the issue of Holmes' sanity and a spiral notebook that might hold the key to determining his state of mind. . . This is a compelling look at gun control, mental–health treatment, and the underlying social issues that contribute to rising violence, especially that committed by young men, in our nation."—Booklist Starred Review

"[A] disturbing yet fascinating treatise on the impacts of growing up in a world that previous generations would barely recognize....Tragic, gripping, and authentic, this book deserves a wide audience."—Kirkus Starred Review

Praise for Talked to Death

"The book works at every level, from melodrama to murder mystery to sociology. Singular has much to tell us here, and all of it is disturbing." —Philadelphia Inquirer

"Mr. Singular offers a microcosm lesson in the workings of a violently racist mind. . . It is the story of how broadcast communications is evolving in our era and what it has cost us." —New York Times

Praise for Presumed Guilty: An Investigation into the JonBenet Ramsey Case, the Media, and the Culture of Pornography

"Veteran crime journalist Singular offers an original perspective on the sadly epochal killing of JonBenet Ramsey. . . He focuses on the carnivorous mode of the mass media, particularly their lurid, immediate indictment of the Ramsey parents. Singular's perceptive exploration of the near–universal call for the Ramseys' heads reveals the gritty power struggles and class schisms that underlie the shiny, comforting facade of the Boulder region. Unlike his dirt–chasing peers, he gives nuanced attention to an unsettling aspect of the case that he considers overlooked yet central: the gray area in which the mainstreamed commodification of children's sexuality collides with the abuse of child pornography. . . Without fully lighting the dark corners of an unappealing realm, Singular has produced a balanced, detailed, thoughtful
consideration of an incident usually reduced to cultural dissonance." —Kirkus Reviews

"The best writing about the Colorado murder case." —USA Today

"Novel, interesting, and a great read. . . Presumed Guilty opens the Ramsey case to a larger phenomenon [and] a shocking, disturbing aspect of American life." —The New York Post

"Presumed Guilty is as close to the truth as we'll ever get in this baffling case." —The Arizona Daily Star
Don't miss news & events from Counterpoint Press.
Subscribe to the newsletter today.