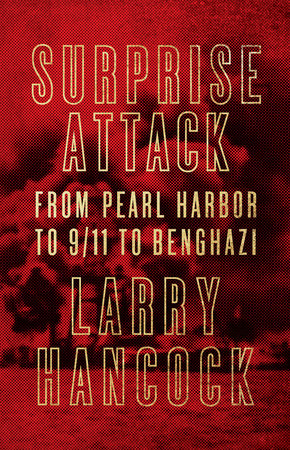 From Pearl Harbor to 9/11 to Benghazi

Surprise Attack explores sixty plus years of military and terror threats against the United States. It examines the intelligence tools and practices that provided warnings of those attacks and evaluates the United States’ responses, both in preparedness – and most importantly – the effectiveness of our military and national command authority.

Contrary to common claims, the historical record now shows that warnings, often very solid warnings, have preceded almost all such attacks, both domestic and international. Intelligence practices developed early in the Cold War, along with intelligence collection techniques have consistently produced accurate warnings for our national security decision makers. Surprise Attack traces the evolution and application of those practices and explores why such warnings have often failed to either interdict or intercept actual attacks.

America has faced an ongoing series of threats, from the attacks on Hawaii and the Philippines in 1941, through the crises and confrontations of the Cold War, global attacks on American personnel and facilities to the contemporary violence of jihadi terrorism. With a detailed study of those threats, the attacks related to them, and America’s response, a picture of what works – and what doesn’t – emerges. The attacks have been tragic and we see the defensive preparations and response often ineffective. Yet lessons can be learned from the experience; Surprise Attack represents a comprehensive effort to identify and document those lessons.

Stuart Wexler has long been considered one of the top investigative researchers in domestic terrorism and radical religious activities. His books include The Awful Grace of God and America’s Secret Jihad. His groundbreaking work on forensics and historical crimes has been featured on NBC News and in The Boston Globe, Newsweek, The Daily Beast, USA Today, and The Clarion–Ledger. He now lives and teaches in New Jersey, where he won the prestigious James Madison Teaching Fellowship in 2010.

"A valuable examination of U.S. national security crises past and present. . . A timely, pertinent study emphasizing the fact that when it comes to military or terrorist attacks, 'there are always be warnings.'" —Kirkus

"Ample warnings preceded Pearl Harbor and every subsequent attack on U.S. soil and U.S. forces, writes Hancock, a veteran national security journalist. . . He is not shy about suggesting improvements, but admits that since American leaders may never get their act together, more surprises are likely in store." —Publishers Weekly

"In clear and detailed writing, the author focuses on the widespread American command and control networks that examine strategic/national and tactical/local intelligence. . . An important topic for everyone to comprehend, as the threat of a new attack is constant, both from home–grown extremists as well as foreign groups." —Library Journal Starred Review
Don't miss news & events from Counterpoint Press.
Subscribe to the newsletter today.