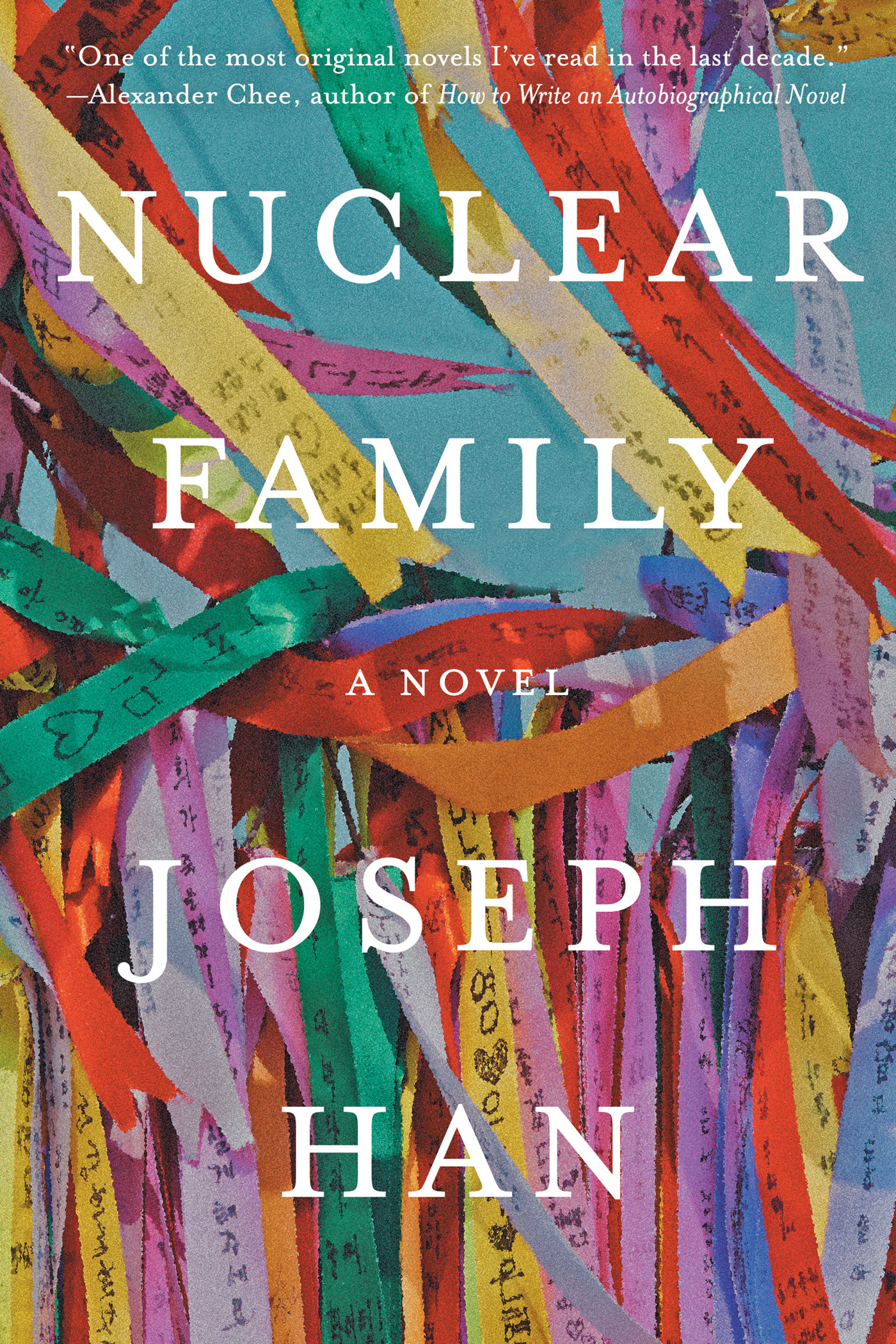 A TIME Best Book of the Year

Set in the months leading up to the 2018 nuclear missile false alarm, a Korean American family living in Hawai’i faces the fallout of their eldest son’s attempt to run across the Demilitarized Zone into North Korea in this “fresh, inventive, and at times, hilarious novel” (Kaui Hart Hemmings, author of The Descendants)

A New York Times Book Review Editors' Choice
Named a Best Book of the Year by NPR, TIME, Debutiful, and them
Named a Most Anticipated Book by BuzzFeed, LGBTQ Reads, The Millions, Goodreads, and more

"You’d have to visit Cirque du Soleil to see someone juggle as much as Han with such effortless dexterity and tenderness . . . Rhythmic and hypnotic; it captivates from the very first page and gracefully conveys the loss and the longing the family experiences." —The New York Times Book Review

"This book is genius . . . The narrative is inventive, and the prose is too: upside-down sentences, scrambled language, erased words. None of this is distracting; it only enhances the reading experience. Oh, and the book is funny. No. Hilarious. Nuclear Family woke me up from the deep slumber of Covid and brought me back to life. I’m sure it will do the same for every reader." —Morgan Talty, The Wall Street Journal

"Joseph Han’s heartfelt and hilarious novel is so well executed, so self-assured, that it’s hard to believe it’s a debut . . . Guy Fieri, who makes a cameo in the novel, might call this book 'off the chain'; we’ll just settle for 'masterful.'" —Michael Schaub, A NPR Best Book of the Year

"Inventive." —A Washington Post Book to Read This Summer

"The unalloyed genius of Nuclear Family is not just its use of but improvement on the venerable ghost story." —Tim Pfaff, Bay Area Reporter

"Although some scenes in the story are heavy, the novel has a fundamental optimism. The love the family members have for each other is bigger than the understanding gaps between them, moments of levity appear throughout, and even the futures of Korea and Hawai’i themselves are presented as full of possibility." —WRAL News, A Best Book of the Year

"Heart-rending and, dare we say it, quite funny." —Seija Rankin, The Hollywood Reporter

"There are many books out there that fuse serious social and cultural issues with comedy, folkloric elements with contemporary style, accessible prose with intellectual rigor. To do it all in this debut novel so seamlessly is Joseph Han’s gift . . . This imaginative and propulsive story proves that Han is a literary talent to watch." —Matt Ortile, Esquire

"This book is captivating from beginning to end." —Sarah Neilson, Shondaland

"Gorgeous . . . If you love queerness, ghosts, and Guy Fieri, then you've gotta give this a read." —Corinne Sullivan, Cosmopolitan

"An entrancing, boldly satisfying debut from Joseph Han. It feels both massive, grand on a global scale, and also small and intimate; a deeply personal story of a family trying to keep their small business open when their son suddenly causes the eyes of the world to turn on them. Nuclear Family is a knock-out." —Jeffrey Masters, The Advocate, One of the Best Books of The Year

"Nuclear Family is many things: a ghost story embedded into a multigenerational Korean family saga; a typographical experiment utilizing elements of concrete poetry; a reckoning with the U.S. military; a lowbrow stoner comedy . . . It’s funny, but at its heart Nuclear Family is about the many fractures, fallouts, and fissures caused by war." —Mitchell Kuga, FLUX Hawai'i

"Nuclear Family is also a warm and, most importantly, funny read. There is no melodrama; there is no tragedy beyond what we would expect from real people going through the tough parts of life . . . Nuclear Family invites those who are unfamiliar but are willing to explore its world with an open heart. It is a book that exemplifies what is unique and special about Korean American literature outside of Korean or American literature, and one that will haunt the reader for a while." —Minyoung Lee, Chicago Review of Books

"Beautifully strange . . . Han tells a moving and specific story about [. . .] symbolic possessions—how violence possesses bodies, how history possesses the present and how a person’s stories remain alive in their descendants, even if those stories go unspoken . . . Darkly funny, delightfully surprising and with a sprinkling of unusual formatting that reveals hidden subplots, Han’s debut bears witness to the brutal realities of war and imperialism while honoring the many kinds of magic that exist in the world." —Laura Sackton, BookPage

"Such a beautiful, original book . . . It’s a gorgeous meditation on loss and memory, a painful and haunting novel about the legacies of war and the violence of separation." —Laura Sackton, Book Riot

"Han’s powerful book examines both the borders put up in the world and the ones we surround ourselves with to protect ourselves in this memorable and innovative debut" —Adam Vitcavage, Debutiful

“Han makes a smashing debut with this stunning take on identity and migration told through the multiple perspectives of a Korean American family . . . [W]hile it’s heartbreaking, it’s also sharply hilarious . . . This is a master class from a brilliant new voice.” —Publishers Weekly (starred review)

"Han’s surreal fantasy, sometimes devolving into slapstick, contains a serious critique: of the marginalization of Korean immigrants; of the plight of families separated by a politically contrived border; of shattered lives, pain, and guilt. A raucous and adroit debut." —Kirkus Reviews

“One of the most original novels I’ve read in the last decade. Nuclear Family imagines a story of the lives of our Korean ancestors in the present tense, their ghost life as full of urgency, politics, and complication as our own. How far does the separation at the thirty-eighth parallel go?, Han asks. All the way into the land of spirit, a wound for the living and the dead.” —Alexander Chee, author of How to Write an Autobiographical Novel

“Nuclear Family is a world unto itself: Joseph Han's novel is heartfelt and propulsive, immersing readers in a narrative whose questions of family, borders, queerness, and forgiveness constantly surprises and astounds. Han's prose is remarkable—both deadpan and compassionate—juggling the stories that we're told with the ones we seek to tell ourselves. Nuclear Family is a singular work, and Han's writing is truly special.” —Bryan Washington, author of Memorial and Lot
Don't miss news & events from Counterpoint Press.
Subscribe to the newsletter today.