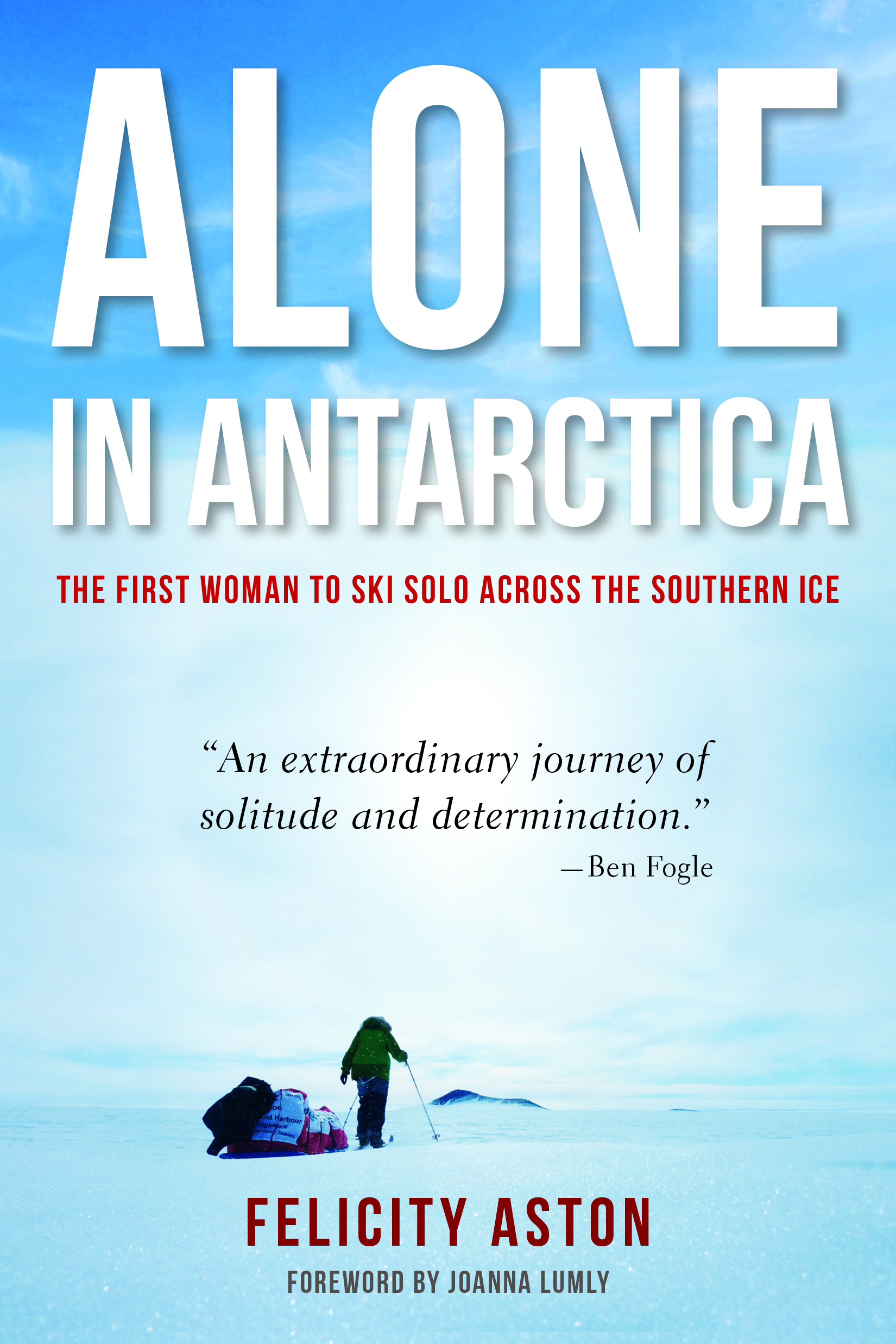 In the whirling noise of our advancing technological age, we are seemingly never alone, never out–of–touch with the barrage of electronic data and information.

Felicity Aston, physicist and meteorologist, took two months off from all human contact as she became the first woman –– and only the third person in history – to ski across the entire continent of Antarctica alone. She did it, too, with the simple apparatus of cross–country, without the aids used by her prededecessors – two Norwegian men – each of whom employed either parasails or kites.

Aston’s journey across the ice at the bottom of the world asked of her the extremes in terms of mental and physical bravery, as she faced the risks of unseen cracks buried in the snow so large they might engulf her and hypothermia due to brutalizing weather. She had to deal, too, with her emotional vulnerability in face of the constant bombardment of hallucinations brought on by the vast sea of whiteness, the lack of stimulation to her senses as she faced what is tantamount to a form of solitary confinement.

Like Cheryl Strayed’s Wild, Felicity Aston’s Alone in Antarctica becomes an inspirational saga of one woman’s battle through fear and loneliness as she honestly confronts both the physical challenges of her adventure, as well as her own human vulnerabilities.

Felicity Aston is the first and only woman in the world to ski alone across Antarctica. The 35–year–old British expedition leader, public speaker and freelance travel writer from Kent also led the 2009 Commonwealth Expedition to the South Pole, the first British women's team across Greenland; this became the subject of her first book, Call of the White, a finalist in the Banff Mountain Book Competition in 2011. Outside Magazine named her one of their 2012 Adventurers of the Year. Felicity lives in Birchington–on–Sea, Kent, in the UK.

"A quick–reading account of a spectacular and appalling journey." —Kirkus

"Aston's memoir gives the reader a good sense of her isolation, her determination, and her fragility…Aston doesn't overdramatize her adventure – she favors straightforward descriptions over breathless prose – but she still pulls us in and makes us feel as though we are with her, at the freezing–cold bottom of the world."" —Booklist

"Felicity Aston ventures into even more extreme climes when she sets out to become the first woman to ski solo across Antarctica. Her memoir, Alone in Antarctica, brings to life the terror, the wonder, and the craziness of her two–month ordeal." —National Geographic, Best New Travel Read of Fall 2014

"Aston’s account of her frigid voyage is a bracingly honest look at the daily grind of adventure, physical exhaustion, and fear."—Jen Rose Smith, Condé Nast Traveler

"An extraordinary journey of solitude and determination"—Ben Fogle, author of The Teatime Islands, Offshore, Crossing, and The Race to the Pole.

"Felicity's dynamic and inspiring storytelling links us all to our own crossing, helping us all push beyond our fears to reach our goals. Her descriptions of the ice and her honesty of the feelings it brings forth, stir our love for that magnificent place and the lifestyle of the challenge – we want to return!"—Ann Bancroft and Liv Arnesen, polar explorers

"Her achievement is remarkable"—The Daily Mail