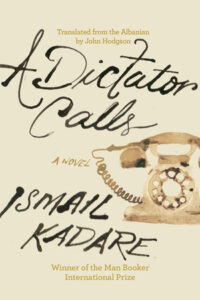 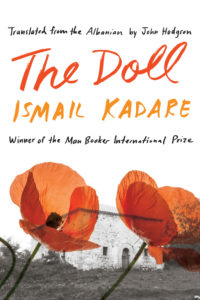 A Portrait of My Mother

In this autobiographical novel, Albania’s most renowned novelist and poet Ismail Kadare explores his relationship with his mother in a delicately wrought tale of home, family, creative aspirations, and personal and political freedom.

“Houses like ours seemed constructed with the specific purpose of preserving coldness and misunderstanding for as long as possible.”

In his father’s great stone house with hidden rooms and even a dungeon, Ismail grows up with his mother at the center of his universe. Fragile as a paper doll, she finds herself at odds with her tight–lipped and wise mother–in–law who, as is the custom for women of a certain age, will never again step foot over the threshold to leave her home. Young Ismail finds it difficult to understand his mother’s tears, though he can understand her boredom. She told him the reason herself in a phrase that terrified and obsessed the boy: “The house is eating me up!”

As Ismail explores his world, his mother becomes fearful of her intellectual son—he uses words she does not understand, writes radical poetry, falls in love far too easily, and seems to renounce everything she believes in. He will, she fears, have to exchange her for some other superior mother when he becomes a famous writer.

The Doll is a delicate and disarming autobiographical novel, an exploration of Kadare’s creative aspirations and their tangled connections to his childhood home and his mother’s tenuous place within it. 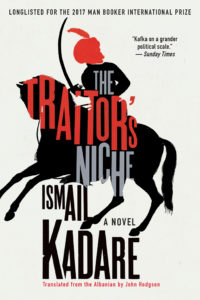 "Kadare is inevitably linked to Orwell and Kundera, but he is a far deeper ironist than the first, and a better storyteller than the second. He is a compellingly ironic storyteller because he so brilliantly summons details that explode with symbolic reality." —The New Yorker

The Traitor's Niche is a surreal tale of tyranny and rebellion, in a land where armies carry scarecrows, state officials ban entire languages, and the act of forgetting is more complicated than remembering.

"The name of the Albanian novelist Ismail Kadare regularly comes up at Nobel Prize time, and he is still a good bet to win it one of these days . . . He is seemingly incapable of writing a book that fails to be interesting." —The New York Times 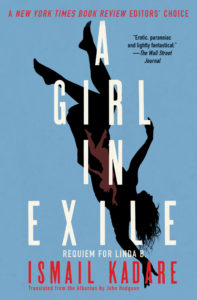 A Girl in Exile

Requiem for Linda B.

“Ismail Kadare's readers are astonished every year when the Nobel committee overlooks him. . . . A Girl in Exile, published in Albanian in 2009, may rekindle the worldwide hopes.” —The New York Times Book Review

During the bureaucratic machinery of Albania’s 1945–1991 dictatorship, playwright Rudian Stefa is called in for questioning by the Party Committee. A girl—Linda B.—has been found dead, with a signed copy of his latest book in her possession.

He soon learns that Linda’s family, considered suspect, was exiled to a small town far from the capital. Under the influence of a paranoid regime, Rudian finds himself swept along on a surreal quest to discover what really happened to Linda B.

“At a time when parts of the world are indulging nostalgia for communism, Kadare’s novel confronts the infuriating impossibility of art in an autocratic, anti–individualist system.” —The Washington Post

“A Girl in Exile confirms Kadare to be the best writer at work today who remembers—almost aggressively so, refusing to forget—European totalitarianism.” —The New Republic