CATHERINE CHIDGEY‘s debut novel, In a Fishbone Church, won the Betty Trask Prize, Best First Book in the Commonwealth Writers’ Prize (Southeast Asia and Pacific Region), and was long-listed for the Orange Prize. Her second novel, The Strength of the Sun, was a New York Times Notable Book of the Year. Sunday Express (UK) called her third novel, The Transformation, “a highly original read, as beautiful as it is terrifying.” Chidgey is the recipient of the 2017 Janet Frame Fiction Prize, and lives in Ngaruawahia, New Zealand. 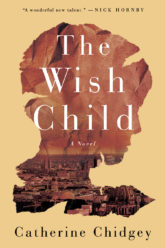