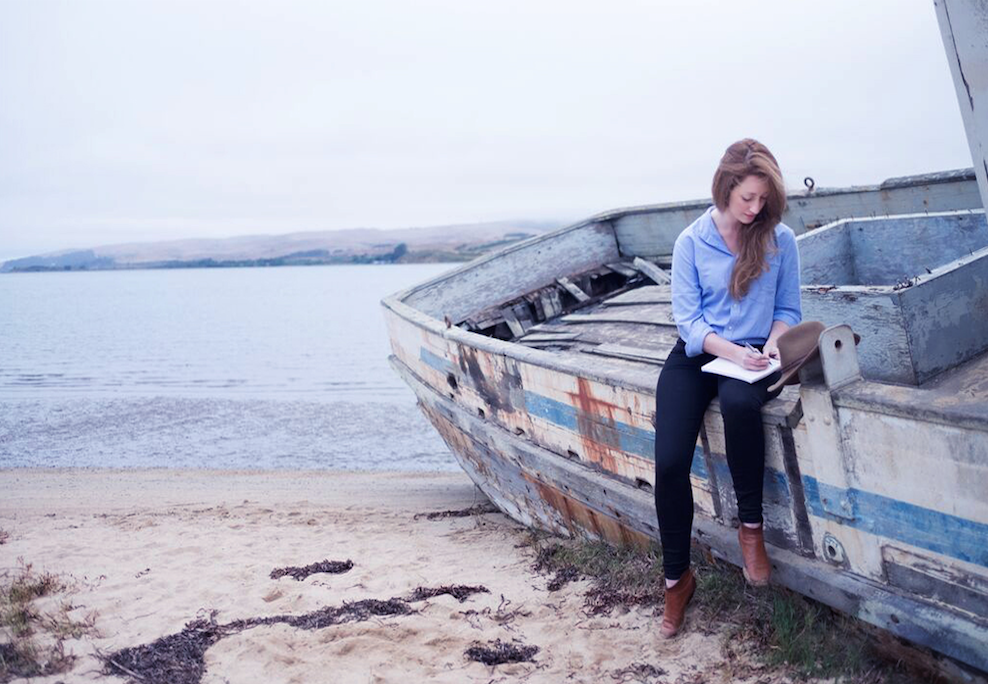 Modern Farmer sits down with Summer Brennan, author of The Oyster War: The True Story of a Small Farm, Big Politics, and the Future of Wilderness in America, to talk about oyster farming, the Point Reyes community, and the concept of wilderness.

Should an Oyster Farm be Wilderness or Aquaculture? Q&A with Author Summer Brennan

In an estuary in the Point Reyes National Seashore, the Drakes Bay Oyster Company (DBOC) squared off for seven years against the federal government. Oyster farming itself wasn’t the issue, but the DBOC sought to extend a 40-year agreement that allowed the company to operate within a protected national park, one that conservationists wished, and the Department of Interior planned, would eventually be reverted to total wilderness.

Battle lines in the Point Reyes community were drawn and dug deep. Friends argued with neighbors: Let the oyster farm be! Get agriculture out of the park! Lobbyists slung public relations mud and lawyers filed briefs like cannon volleys. Reputations were attacked; environmentalists were accused of bad science.

For many, it came down to which was more important: a locally-owned sustainable aquaculture business or a protected wilderness.

Just before Christmas in 2014, the Drakes Bay Oyster Company shut down and federal agents removed all traces of it from the estuary. The resolution could be explained rather simply: the DBOC’s farming lease was up and would not be renewed; time to go. Today, Drakes Bay is only wilderness, no oyster farm. DBOC’s owners have refocused on their nearby cattle farming business.

In The Oyster War: The True Story of a Small Farm, Big Politics, and the Future of Wilderness in America ($18.95, Counterpoint Press), author Summer Brennan reports deeply on the story. Having spent her youth exploring the Northern California wilderness, Brennan moved to Point Reyes from New York City in 2012 to work for a local newspaper, and immediately found herself embroiled in the debate. The book served as Brennan’s attempt to make sense of what happened.

We talked to Brennan via email about how an oyster farm tore apart a California community, what it means to be truly wild, and how agriculture and public lands sometimes go head-to-head.

Modern Farmer: A headline Salon used for an interview with you ran, “When oysters tore liberals apart.” To me, the narrative seems more like farmers versus academics, or libertarians versus the government. Who would you describe how the battle lines were drawn?

Summer Brennan: The battle lines were drawn between people who thought the oyster farm should be allowed to stay in operation in Drakes Estero, and people who thought it should go. There were many attempts to force people into essentialist dichotomies: farmer versus environmentalist, business versus government, agriculture versus science, blue collar versus white collar, worker versus tourist. But, ultimately, all of that was misleading. There was no real unified front among people who were “townies” or environmentalists or farmers or scientists. You found all of those people on both sides of the fight. Many of the people involved bore multiple labels from either side. It was, more than anything else, a political battle. It was a battle for public opinion. Regular people were built up and torn down—lionized, lied about—the way we build up and tear down politicians.

MF: One question you found yourself asking while reporting and writing this book was, “What does it mean to be wild?” This is about wilderness and national parks, and how humans interact with those spaces. Do you think you found any kind of answer?

SB: “Wild” is a somewhat amorphous and subjective concept. To be wild is to be uncultivated or unconstrained  in some way, from wildflowers to “girls gone wild” to Where The Wild Things Are. Wilderness and agriculture are literally antonyms, and yet the seemingly oxymoronic practice of “wild farming” exists. Wild used to just mean those places where humankind was not: the forests and fields and deserts and hills that took up where the towns and gardens and orchards and pastures left off. But now that we as humans have insinuated ourselves into nearly everywhere, through development or pollution or introduced species, it can be hard to tell what counts as “wild” anymore. I’m not sure I can tell you exactly what true wilderness is, but I can tell you what it isn’t. It is not an “untouched, original” landscape, because such a thing does not exist. Nature is always changing and in flux.

MF: When it comes to an oyster and how the public perceives its wildness, what kind of misperceptions did you encounter?

SB: I think a lot of people assumed that the oysters in the story were being harvested from native beds, the way the Dutch harvested oysters around the Island of Manhattan in the seventeenth century; the way the Lenape had likely done for centuries, if not millennia, before. But the oysters in Drakes Estero were not a naturally occurring population. Drakes Bay Oyster Farm grew mostly imported Japanese Pacific oysters, grown on plastic rods or metal wires, or in mesh bags, all suspended in the water rather than adhered to a reef. There are farmed oysters and wild oysters, just like there is farmed and wild-caught salmon. It’s a different process with different requirements. But it was easy to tell that even some journalists did not really understand the nature of the oyster operation in Drakes Estero, as evidenced by a New York Times articlethat referred to the oyster farm as “extracting wildlife.” In their character and mystique, I do think that oysters in general are among the most “wild” of modern foods, but strictly speaking this was not a population of wild or naturally occurring oysters.

MF: One of the most interesting and vivid chapters in the book is when you visit the Graton Ranchera Indians, who have lived in the Point Reyes area for centuries, and the section discusses how humans once interacted with the wild to source food, rather than over-managing land as we do today. I immediately thought of Wes Jackson, whose Land Instituteseeks to solve the problem of agriculture. Do you think wilderness areas and sustainable agriculture can do a better job of working together?

SB: I think that agriculture has a lot to learn from wilderness, and to a certain extent, it goes the other way too. We have already tinkered with most of our wild spaces, eliminating predators or introducing invasives. So, to a degree, wild spaces do need to be “managed” to protect biodiversity. One must only look to the devastating consequences of monoculture to see how farming practices can benefit from lessons learned in the wild.

MF: Do you think this story has implications that will affect oyster farming nationally?

SB: I don’t, in fact. At least, not anything major. I think that oyster farms needs to be extra vigilant about making sure that plastic pollution from their operation doesn’t end up in the environment. And I also hope that people can learn a little more about how oyster farms work, the benefits they can offer, and how they are vulnerable to climate change and ocean acidification, just like all fisheries.

MF: Has the community, and perhaps the local economy, healed at all after the farm closed?

SB: In some ways yes, and in some ways no. The business employed between 20 and 30 people, so it was not a major source of employment for the community, the way you’d see with a big factory closing down, or a logging company, or other instances of local economies impacted by environmental action. Businesses come and go in the West Marin community all the time—restaurateurs retire, newspapers downsize or get bought out by competitors. The people who were most passionate about the oyster dispute can still get fired up about it, I’m sure. There are some relationships that are permanently broken. But it seems that many in the community just want to move on. There are other battles, other challenges on the horizon.