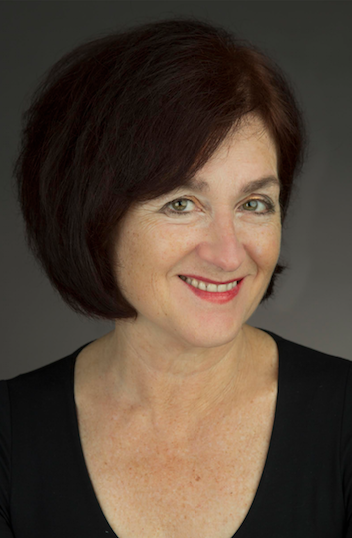 Patricia Goldstone is the author of the new book Interlock: Art, Conspiracy, and the Shadow Worlds of Mark Lombardi. We ask her five questions.

Can you tell us the story behind what attracted you to the topic of the conceptual artist Mark Lombardi and the conspiracy behind his death?

I’m often asked how I came to write a book on Mark Lombardi, so I’ll start there because the answer shows what tiny things books can grow out of.  I read a piece about Lombardi that came out in the Wall Street Journal a year after his death, in 2001. The Wall Street Journal does those droll little pencil sketches of its subjects and there was this portrait of this goofy-looking artist with one of his drawings raying out behind his head.  The drawing caught my eye and I realized it was an interlock, a form of flowchart  tracing overly-cozy relationships between boards of directors that’s used in both accounting and in anti-trust litigation.  I had been a business writer for some years and I thought to myself, hmm, how curious.  Here’s the Wall Street Journal, one of our preeminent business publications, and nowhere in this piece does it even mention that Lombardi created his art out of interlocks. I collect oddities, so I clipped this one and carefully filed it away. I was also incredibly intrigued by how a working-class Italian American guy armed with nothing more than a bachelor’s degree in fine arts managed to figure out a lot of stuff that a Senate investigating committee, with all the king’s horses and all the king’s men, couldn’t. I actually began this book as a play, as a means of walking around in his head and figuring out myself what motivated him to do it.  Those questions just nagged away at me and that’s how this book began, when I realized there was a lot of information about Mark that remained unknown and I felt an obligation to report the facts.

Doris Lessing’s The Summer Before the Dark.

Alas, I’ve never had a mentor.  The position is open, should anyone care to apply.

Probably my mother’s Vesalius.  My mother was an artist, a protege of the great Mexican painter Rufino Tamayo.  She learned how to draw anatomy from Andreas Vesalius’ De humani corporis fabrica.  Vesalius is considered the founder of the modern study of anatomy, but his book is anything but dry.  It’s a beautiful, macabre, highly theatrical work in which the bodies the author dissected present their mysteries as if they are dancers at a ball stripping off layer after layer of inconvenient clothing.  I believe it comes out of the medieval tradition of the danse macabre, as he began it to discover the sources of the plague.