Five Questions for Kim Brooks, author of The Houseguest

Five Questions for Kim Brooks, author of The Houseguest 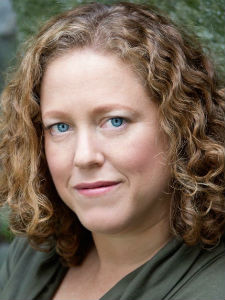 Kim Brooks is the author of The Houseguest: A Novel. We ask her five questions.

How did you become interested in writing historical fiction and why did you decide to write a story that takes place in New York during WWII?

I don’t think I am very interested in writing historical fiction, which I realize is a strange thing for an author who has just written a book of historical fiction to admit — but there it is. What I mean is that, for me, fiction never begins with a conscious interest or intention. I didn’t wake up one day and think, I want to write a historical novel about this particular time period. For me, fiction almost always begins, and it began this time, with a mood, a feeling, a sort of agitated curiosity more than any clear idea. The mood or curiosity in this case was that it was 2007, I was pregnant with my first child, our country was entering the final stretch of George W. Bush’s second term in office, and the world basically seemed an all-around horrible place, impending doom on every horizon. I was under-employed at this point, so I spent a lot of time just lying on my couch, being pregnant, and reading stories on the internet about war, destruction, worldwide suffering, and encroaching, catastrophic climate change. I wanted to stay informed, so I kept reading. Sometimes I’d cry when I read and sometimes I’d feel nothing at all, just numbness. But there was always this strange mix of caring, compassion, helplessness, and rage — the four things mixed in different proportions. I found that I wanted to write something about that feeling, that combination of empathy and impotence. But I didn’t want to write about myself, lying pregnant on the couch.

My grandmother had passed away not long before, and I began to wonder if she had ever felt something similar when she was my age, in the early forties, reading about what was happening to Jews in Europe. She would have been almost exactly my age at the time, and her parents had come to this country just a year before she was born — so they still had plenty of connection to this world, this culture being swept away. I thought, what would that be like, to be in that position? What would it be like to be a Jew in America, safe, removed from what was happening, filled with anxiety and dread, wanting to do something and not being able to do anything, feeling both lucky to be removed from it all but also somehow unjustly privileged to be spared? I think many American Jews have felt this at one point or another, this kind of survivor’s guilt, the historical accident of our existence. I wanted to explore that feeling. So much has changed in the past seventy years but I suspected that feeling, at its core, had stayed the same.

The Makioka Sisters by Jun’ichirō Tanizaki.

E.L. Doctorow’s The Book of Daniel.

I’m incredibly indebted to my former writing teacher at the Iowa Writers’ Workshop, Ethan Canin, who’s been a wonderful mentor and friend to me over the years. My other most important mentor has been my husband, who I met in Ethan’s class years ago, who’s an incredible writer himself and who’s always been my most valued reader, idea-generator, editor, muse. I’ve also found that one of the best parts about finally having a novel in the world is the opportunities I’ve had recently to meet more writers and to form new friendships with people who are creative and depressive and curious, who say the unexpected — people who speak my language.

Which living authors would you invite to your dream dinner party?