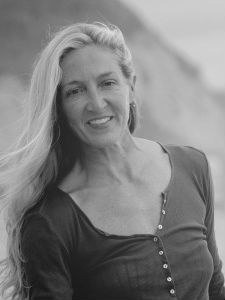 Electric Literature ran Noy Holland‘s essay “The Cricket Sings with its Knees: on Writing Fiction.” Noy is the author of Bird: A Novel.

The Cricket Sings with its Knees: on Writing Fiction

I want to talk a little about talk, how talk and the filling of pages, the steady application of reasonably steady sentences, can be anathema to art. Is. How killing communication is: the success of seeing what one looks for.

We write fiction. Which is to say we hope to employ, or deploy, words that reveal or: words and constructions that are obedient to (serve as vehicles for) the revelations we intend. We choose these deliberately, and depend on them utterly, to be codified before we touch them: they are the ground held in common by seer and seen; by painter and viewer; reader and writer. They are communicative, melodic, narrative, perhaps pleasing.

But what of the elements one stumbles upon which are at once revelatory and dis-pleasing? Disruptive? Tempting to ignore? I mean not the words intended to reveal, but the words which reveal themselves to us, which stand on the stoop with their mouths sprung wide, uninvited (so we insist) and feisty, bound lustily, feistily, to nothing we hoped to say? These accidents, these unruly, unsummoned cousins, wreck, at best (at least belittle) our little chicken-hearted hopes of achieving the intelligently lucid. Pellucid, I want to say, having come upon so few chances to say it.

These forms—the form of the list, for instance, in Susan Steinberg’s “Isla”, or the coherent, titled fragments of William Gass’ “In the Heart of the Heart of the Country” —these linguistic accidents (they run the gamut: flirt, seduce, alarm)—they are like lovers, dead, asleep on a train; like watching the fire engine pull up at your door. You pass a wreck on the highway someone is pulling your children from: they’re like that. You hope they are somebody else’s. But they’re yours.

What to do? Drive on? Look away? Throw the bolt on the door?

Look away, and you stop the mess happening. True. It is your art, not your life; you make it, and so can choose sensibly against it. Insist: it is not my house on fire; that is no child I made. Let it pass; give it time, and things feel normal again. You can let the story proceed in keeping with your expectations. You can, in other words, pursue the way away from the trouble that is in you. You will likely save yourself the embarrassment of watching a high school friend raise her hand after a reading and ask: “Why did you write that book? You used to be such a nice person.” Reviewers will likely read you without resorting to the bewildered assertion that you distance through affect; that you are more poet than storyteller; that you have let your want to fuck around lead you off from the real and the humane.

But who is to say what is real, after all? To whose authority, whose code of conduct, must we defer? Is my reality yours? What gets called experimental fiction, as we know, manifests resistance to this authority. It resists convention, thwarts the code. But for any art to matter, it has to manifest resistance to something more than convention. Else it is frivolous, petulant, unnecessary, false.

Experimental fiction. How can we keep calling it this? Imagine somebody saying to you, Let’s experiment with being in love. Let’s experiment with building a bridge. The term is absurdly provisional. It is a flimsy sack into which a thousand unlike things have been thrown. That we have labeled it at all, or tolerated a label, is unfortunate, maybe dangerous. The label provokes argument; it corrals us into resisting the other, and draws us away from resisting, sufficiently, ourselves. Am I mouthing off, I have to ask myself—clinging to, discarding, out of habit? Am I coercing?   Fishing for words that serve to reveal, but looking askance and fuzzily at revelations that run counter to my intentions? Am I finding what I am looking for or looking for what is there?

A label, a gathering of writers under any one awning, muddies the reckless inner need from which art issues.

Art has to resist itself. And allow itself, naturally. We uncover—through long scrutiny—an imperative that nudges us forward, allows the language we mangle daily to be foreign to the ear again. We find a form at once in keeping and radically at odds: the methodical list of Susan Steinberg’s “Isla”, let’s return to, which orders the unorderable mess of a pitiful, monstrous father, a daughter hoping for love. 1. Never tuck the napkin. 30. I can still get a young girl. 56. Cut smaller pieces. Do you want to choke? 64. I’ll never let you starve. 97. The only good German is a what, sweetie? The only good German is a what German? Come on, sweetie. 130. I love you sweetie. How about that?

The list frees Steinberg (releases her) requires her (holds her) to the task of saying the unsayable. The list, inherently static, is what keeps driving her forward.

We hold to and release; fight and flee, as we wish to, as we must.

My boy, when his papa left for a two-month road trip, said, “I wish there were a robot of you and you could just stay here with us, Papa. Robo-Pop could go and he would see everything and bring back pictures. Then the real you could stay with us.”

We depart and we remain; seek at once to be purposive and disruptive.

Steinberg’s list is a means of progressing, and of mustering resistance. The crazy tube costume of Martha Graham’s “Lamentation” is a means of remaining, of embodying what cannot be shaken. Dance is movement. It exults in the freedom of movement. But here is Martha Graham who sits her dancer on a bench, confined head to toe by an elastic sleeve. The dancer is never going to get out of that thing, but look at her, look at her move.

We want to move. My girl says to me, “Mama, pretend you are the mama and I am your little girl and you are cooking dinner.”

I am the mother cooking dinner, but I have been asked, haven’t I, to go? To be elsewhere and other? Wind? To be a tree that she comes home to?

We begin early in life to accommodate the pull of the strange and the familiar; we experiment, fluently, because so much of what we know and feel comes to us unworded. We say things, as children, for the first time; language is plastic, its usage unsanctioned. “I don’t know,” says my boy, “if I can eat this pizza. The cheese looks a little awkward.”

Awkward? Write it once and you are obliged to recur to the error elsewhere; the recursion makes a bound world. Even the associative leap—handiest to poets—is not a departure, but a movement between things. It is bungee jumping from a trestle bridge; it is Molloy’s hat, sprung back at him, from the elastic limits of its tether.

Those writers I am hungriest to read sacrifice ease and fluency—forego the temptation to add, resist the lure of convention, are wary of the strength of the will; they believe in affect, the work the word does on the body. They apprentice to William Gass’ Iron Law of Composition, to a shared desire for a story to seem to “have leaked like a blot from the single shake of a pen.” Gass writes of “the exasperatingly slow search among the words I had already written for the words which were to come, and the necessity for continuous revision, so that each work would seem simply the first paragraph rewritten, swollen with sometimes years of scrutiny around that initial verbal wound…”

It is hard to want to seek it, this swelling around a wound. The reading public says, for the most part, move on. Entertain us. Make it flashy. Tell us how to feel. Readers are early on schooled away from the susceptibility, the nimbleness a writer hopes for. They are satisfied with the code, with claims of feeling passively received, with the glibness of the funeral oratory. They want the sensational, not the sensation, not the thing written from the inside out. Catastrophe, awe, sexual ecstasy, the deliriums of the spirit—these are garbled states, else we go speechless. Inherent to Gass’ law of composition is the recognition that a word is utterance—that a growl a shriek keening might well say it better.

William Gass, like the amazing Tuvans, exults in the marriage of the animal and the sublime. In an age given to the next new thing—a new technology, a fresh musical instrument–the Tuvans’ fealty to creaturely limits is ever more remarkable. They move inward, explore the sounds they can embody given the bodies they inhabit. Given the anatomy of the human voice: the pouches and apertures; the vestibules and chinks; the nine lubricated cartilages of the larynx. The Tuvans create a sound that sounds like something turned clean inside out: something in which the qualities of remaining and departing, of dissonance and melody, mystery and order, are mightily infused. The throat-singing the Tuvans preserve narrates the world they know; it describes the contour of valley and mountain, enacts the mood and movement of the wild and of the shepherded animal. A song is a tree exploding in winter. It is unaccomodated man, standing on a ridge, famished.

Listen for the voice, I say, that escapes, and comes around behind you.

Whether we are talking about the Tuvans, Pavarotti or Axel Rose, it is clear that the voice, the audible expression of the life force, is being pressed through a channel considerably smaller than it is. That constriction, that swollen restraint, requires that we give our attention to the here and now, to the timber and pulse of each syllable. This remaining within is the source and consolation of art. We have one life which, no matter how messy it is, is daily fined down, is one narrow band strung through a dazzle of possibilities. One life, says art: Go to it.