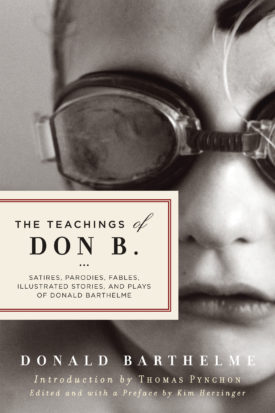 The Teachings of Don B.

A Batman episode slowed to soap-opera speed; a game of baseball played by T. S. Eliot and Willem de Kooning; an illustrated account of a scientific quest for God. These imaginative riffs on reality could only have been generated by the brilliant bad boy of American letters, Donald Barthelme. Here, 63 rare short works by Barthelme — satires and gables, plays for stage and radio, and collages — have been assembled in a single volume. Gleeful, melancholy, erudite, and wonderfully subversive, The Teachings of Don B. is sure to alter any reader’s consciousness.