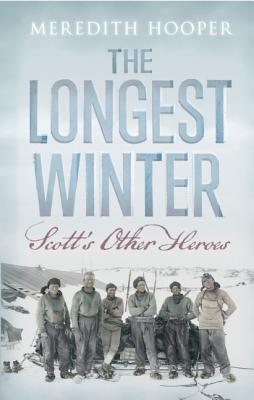 Through the eyes of the men involved, Meredith Hooper recounts one of the greatest tales of adventure and endurance, which has often been overshadowed by the tragedy that befell Scott.??

Their tents were torn, their food was nearly finished, and the ship had failed to pick up the members of Scott’s Northern Party as planned. Gale–force winds blew, bitter with the cold of approaching winter. Stranded and desperate, Lieutenant Victor Campbell and his five companions faced disaster. They burrowed inside a snowdrift, digging an ice cave with no room to stand upright, but space for six sleeping bags on the floor—the three officers on one side, the three seamen on the other. Circumstances forced them closer together, their roles blurred, and a shared sense of reality emerged. This mutual suffering made them indivisible and somehow they made it through the longest winter.??

To the south, the men waiting at headquarters knew that Scott and his Polar party must be dead and hoped that another six lives would not be added to the death toll. Working from diaries, journals, and letters written by expedition members, Meredith Hooper tells the intensely human story of Scott’s other expedition.

Meredith Hooper received her post-graduate degree at Oxford. She is a writer, lecturer, and expert on Antarctica as well as the acclaimed author of numerous books, including The Ferocious Summer, which won the Nettie Palmer Award for Nonfiction. She has traveled and worked extensively in Antarctica and is the recipient of the Antarctica Service Medal. She lives in London.

Praise
Praise for The Longest Winter

"A grand story of six brave men who literally and figuratively pulled together in their race for survival." —Kirkus

"Best book I ever read on Antarctica." —George Denton, author of The Fate of Greenland

"This is Antarctic nonfiction at its best. A real page turner that I read in two sittings. Having spent a dozen austral summers on the Antarctic ice, I can tell the true McCoy description of Polar life and teamwork when I read it. This little known tale of Scott's early South Polar explorers gets into the realities of living and working in the isolated days a century ago before telecoms and e mail. While the well known dramas of the South Polar race are in movies and books, Meredith Hooper tells the almost unknown tale of these extraordinary men of Scott's team who didn't go to the Pole but explored and survived for over a year on a diet of only Weddell seal and penguin. Such a tale of extraordinary endurance. Hooper tells this tale intelligently, enchantingly and perceptively, often in the explorer's own words, since she has spent years studying the men's diaries at SPRI. What's more, she has visited the isolated Ross Sea spots where they lived or sailed past. It doesn't get any better than reading this Antarctic tale to help one imagine what real exploration was like on this extraordinarily inhospitable continent." —Warren Zapol, author of Anesthesiology