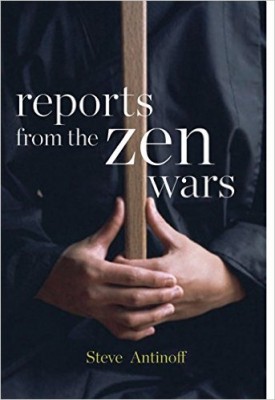 Reports from the Zen Wars

The Impossible Rigor of a Questioning Life

Four decades ago—aged twenty—the author experienced what he calls a “negative satori,” a fundamental and irrefutable realization not of enlightenment, but of himself as a predicament only enlightenment could resolve. This, shaped by the hammer blows of a singular American professor, Richard DeMartino, brought him to Zen, and to Japan. Yet over time, of far greater import than his bungling efforts were the wonderful occupants of the Zen world he encountered: Toyoshima–san, the meditation Prometheus whose superhuman efforts astounded and inspired all while he remained impaled on the cliff’s edge; the Thief, chief monastery monk who stole the world from whoever he encountered and whose yawns and the brushing of his teeth shot sparks of Absolute Meaning; Hisamatsu, the great lay Zen Master who at age 16 overheard a doctor tell his mother he’d be dead in six months, only to awaken ten years later and become the most delighted man in Japan; Bunko, the monk kind to others but ferocious with himself, whose daily state of Oneness in meditation left him dissatisfied because despite all exertion he could not crush it to pieces and break beyond it.

These are among the sitters for the portraits in Reports From the Zen Wars, Steve Antinoff’s attempt to bear witness to what for him has been The Greatest Show on Earth, price of admission one lotus position.

Steve Antinoff has a doctorate in religion. He lived in Japan for fifteen years where he studied Zen Buddhism. He is the author of Spiritual Atheism, and he currently teaches philosophy and religion at the University of the Arts in Philadelphia.