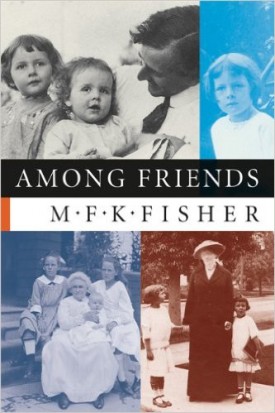 In Among Friends M. F. K. Fisher begins her recollections in Albion, Michigan, but they soon lead her to Whittier, California, where her family moved in 1912, when she was four. The “Friends” of the title range from the hobos who could count on food at the family’s back door to the businessmen who advertised in Father’s paper—but above all they are the Quakers who were the prominent group in Whittier. Mary Frances Kennedy found them unusual friends indeed, in the more than forty years that she lived in Whittier she was never invited inside a Friend’s house.

Her portraits of her father, Rex—her mentor, himself the editor of the local newspaper—her mother, Edith, and the other members of her family are memorable and moving. Originally published in 1970, Among Friends provides a fascinating glimpse into the background and development of one of our most delightful and best–loved writers, Mary Frances Kennedy Fisher.

Praise
"If I were still teaching high school English, I'd use Fisher's books to show how to write simply, how to enjoy food and drink but, most of all, how to enjoy life. Her books are one feast after another."