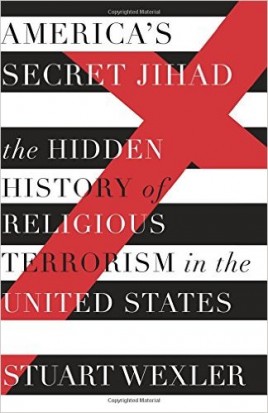 The Hidden History of Religious Terrorism in the United States

A different group of jihadists exists within US borders. This group has a long but hidden history, is outside the purview of public officials and has an agenda as apocalyptic as anything Al Qaeda has to offer. Radical sects of Christianity have inspired some of the most grotesque acts of violence in American history: the 1963 Birmingham Church bombing that killed four young girls; the “Mississippi Burning” murders of three civil rights workers in 1964; the assassination of Martin Luther King, Jr. in 1968, the Atlanta Child Murders in the late 1970s; and the Oklahoma City Bombing in 1995.America’s Secret Jihad uses these crimes to tell a story that has not been told before.

Expanding upon the author’s ground–breaking work on the Martin Luther King, Jr. murder, and through the use of extensive documentation, never–before–released interviews, and a re–interpretation of major events, America’s Secret Jihad paints a picture of Christian extremism and domestic terrorism as it has never before been portrayed.

"[T]his book is a fascinating attempt to see beyond conventional narratives and reveal an overlooked facet of religious terrorism."—Library Journal

"Wexler (The Awful Grace of God) convincingly makes the case that America has been victimized by significant domestic terrorism for over half a century...Most readers will be surprised...Wexler's deliberate and critical review of the evidence is also likely to prompt reconsideration of the possibility of wider conspiracies behind Martin Luther King Jr.'s assassination and the Atlanta child murders of 1979–1981."—Publishers Weekly Starred Review

Praise for The Awful Grace of God (with Larry Hancock)

"A step in the [right] direction of a better understanding of a national tragedy." —Booklist

"All American presidents since Franklin Roosevelt have ordered clandestine military actions. Hancock and Wexler investigate why commanders–in–chief find secrecy appealing. The U.S. sponsorship of the operations detailed in this tome was concealed in most cases to avoid political controversy within the U.S. or within a country hosting the covert program. The authors cite FDR's authorization to create an American air force in China—the Flying Tigers—as a template; the president decided the action was necessary but impolitic to reveal to the public. So it went with secret Cold War military operations in Tibet, Indochina, Guatemala, Cuba, Nicaragua, and Afghanistan. So it continues in the conflict with radical Islam. Deniability as a feature of covert warfare parallels the authors' attention to tactical methods, such as the use of front companies, which may interest readers of intelligence history, while those concerned with the constitutionality of this subject will be sated with discussion of its legal aspects. Because their extensive research is wrapped in politically neutral prose, Hancock and Wexler can engage a range of readers with a controversial topic." ––Gilbert Taylor, Booklist