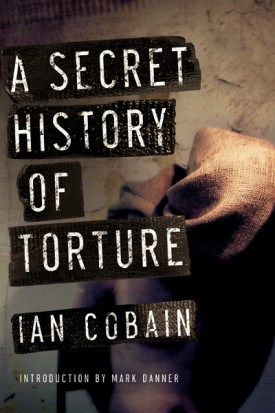 A Secret History of Torture

The official line is clear: the United Kingdom does not “participate in, solicit, encourage or condone” torture. And yet, the evidence is irrefutable: when faced with potential threats to their national security, the gloves always come off.

Drawing on previously unseen official documents and the accounts of witnesses, victims and experts, prize–winning investigative journalist Ian Cobain looks beyond the cover–ups, the equivocations, and the attempts to dismiss brutality as the work of a few rogue interrogators, to get to the truth. From the Second World War to the War on Terror, via Kenya and Northern Ireland, A Secret History of Torture shows how the West have repeatedly and systematically resorted to torture, turning a blind eye where necessary, bending the law where they can, and issuing categorical denials all the while. What emerges is a picture of Britain that challenges our complacency on human rights and exposes the lie behind their reputation for fair play.

Ian Cobain has been a journalist since the early 1980s and is currently an investigative reporter with the Guardian. His inquiries into the UK's involvement in torture since 9/11 have won a number of major awards, including the Martha Gellhorn Prize and the Paul Foot Award for investigative journalism. He has also won several Amnesty International media awards. Cobain lives in London with his wife and two children.

Praise
"In one of the most shocking and persuasive books of the year, Ian Cobain details not just British complicity in torture—we know about that—but the longstanding practice of the thing itself, and the lies British politicians have always told, and are still telling, to cover it up."—Sir David Hare

"A deeply disturbing book which implicates both the British Government and the Security Services in rendition and complicity in torture. It is like rolling a hand grenade into the heart of the Establishment."—Lieutenant Colonel Nicholas Mercer, Human Rights Lawyer of the Year

"It is clear from this superb book that those who got us involved in torture in recent years hadn't learned from our previous visits to the dark side. This fascinating, horrible story of seventy years of British cruelty should be read by politicians and the public alike."—Clive Stafford Smith, Director, Reprieve

"I found Cruel Britannia utterly gripping. Ian Cobain's writing has poise and measure, allowing space for these horrific truths to seep in, under the skin. I will not forget what I have learnt from this book, and I will be telling others about it for years to come."—PJ Harvey