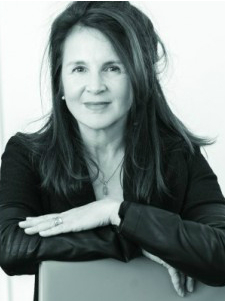 David Ulin, book critic for the Los Angeles Times, sat down with Jill Bialosky, author of The Prize, to talk about her celebrated career as an editor, a novelist, a poet, and a memoirist.

Talking with Jill Bialosky about writing, editing, and her new novel The Prize

Jill Bialosky likes to do a lot of things.

As executive editor at W.W. Norton, she has worked with writers such as Nicole Krauss, Mary Roach and Thomas Lynch. As a poet, she has published four collections, most recently “The Players,” which came out earlier this year. Her 2011 memoir, “History of a Suicide: My Sister’s Unfinished Life”, documents the life and death of her youngest sibling, Kim, who killed herself in 1990 when she was just 21.

Then there are the novels — “The Life Room,” “House Under Snow” and the newly published “The Prize” (Counterpoint: 348 pp., $25), which tells the story of Edwin Darby, partner in an art gallery; father, son and husband; a man in the middle of his life, wrestling with his own commitment to art, to aesthetics and to commerce, as well as to the people he loves.

“It’s incredibly sustaining,” Bialosky told me recently, over coffee on an early fall morning in Manhattan, “to carry on a full-time job and also be a writer. My books build over time. I sometimes work on two or three projects at once, different forms, and this takes the pressure off each project.”

Bialosky is onto something there, I think, the balance required by doing many things, the sense that all this overlaps and yet remains distinct.

“Novels,” she said, “require the breadth to explore ideas, while poetry is more intimate. I build a collection poem by poem.” The same, in a different sense, is true of editing, which involves immersing in another writer’s project, another writer’s voice.

“It requires a different sort of concentration,” Bialosky explained. “I only edit one project at a time because I don’t want to get out of the writer’s head. It can be a great relief to plunge into another author’s work, but it is very important to keep it separate from my own.”

After our conversation in New York, I sent Bialosky some follow-up questions by email.

You’ve said autobiography is where writing starts, but autobiography is not enough. Some of your books — “House Under Snow” and certainly your memoir — grow out of the circumstances of your life, but in “The Prize,” not so much.

This novel represents my thinking over many years about art, commerce, integrity, betrayal, secrets and their power, and of course, desire and the sustaining power of love and marriage, so in a sense the book is very close to me, but not to my personal experience, if that makes sense.

The risk in writing close to personal experience is that it can be a trap and not allow for the imaginational pull, which is ultimately where transformation and insight occurs. Early drafts of “The Prize” were written in close third person, but I grew impatient with this perspective and I allowed an authorial narrator to be witness to the events transcribed. The first sentence of the novel is in this voice: “Edward Darby knew that an artist’s work had the power to change the way in which art was perceived, for every successful artist must recreate the medium, but he did not know, each time he went to a new artist’s studio, if he’d ever find it.”

I suppose this is how I feel about the art of writing, and in many ways, this novel is as much about the creative process as it is about a man at a crossroad. In writing “The Prize,” I thought about that a lot, and also about what the novel could do. Foremost I wanted the reader to be engaged and to keep turning the pages, and to do so, I had to create trouble for my protagonist, but I was also interested in his private world.

I suppose aspects of myself are in all the characters in the novel. In other words, it would be impossible to write a novel that did not in some ways capture some aspect of the essence of the author and his or her obsessions, concerns, but in this work, I was not seeking transparency. I suppose, too, that after writing “History of a Suicide,” I wanted to escape into a fictional world unlike my own, and I found it to be liberating.

Was it difficult to imagine your way into a different art world, a different artistic process? Or do you think that your work as a writer across genre, and also as an editor, made it easier to blur those lines?

I found it fascinating to write about artists and their artistic process. I found in many ways that it was similar to writing in the sense that both visual art and writing begin with obsession. There is an obsessiveness to any act of creation, and that clearly must be urgent to the artist and the writer, so there are similarities.

Of course, the mediums are different, and I loved imagining myself into the world of visual art because I admire its conceptual nature, closer perhaps to poetry than fiction, and admire the commitment.

An author is similar to an actor in the sense that in creating character, a writer must embody that voice, that being. In that sense, writing “The Prize” was pleasurably voyeuristic. Flaubert said: “Be regular and orderly in your life, so that you may be violent and original in your work.” I like this statement because it mirrors my relationship to the many worlds I navigate. My life as an editor and a person in the world is fairly orderly and regular, which allows me to explore dangerous territory in my writing.

To access it, at least in “The Prize,” it was important to create a world separate from the one I navigate daily. Of course, this is counterintuitive to a new movement happening in literature where writers blur fiction and nonfiction, and here I am thinking of Ben Lerner and [Karl Ove] Knausgaard and Rachel Cusk, and those are writers I admire too, though I object to the idea that literature concerned more perhaps with transparency, and less with artifice, is not ultimately fictional. All art is fictional to a certain degree, isn’t it?

What of writing about a male protagonist? We talk a lot about the other in our culture, but your approach seems more about commonalities.

I wanted to create a male protagonist because I was interested in inhabiting and, to a degree, exploring the male psyche. I think this has to do with boredom, with keeping myself engaged in a long project. This novel took five years to write, in the weird way in which I write, diving into short periods of singularity and solitude, and then coming out into the world.

Part of “The Prize” is about the making of art, and part about the business of art. As a writer and editor, you are involved in both yourself. To what extent does your experience color that set of movements in the book?

This is a fascinating and dangerous question, and I don’t want to think about it too hard as I want to celebrate the mystery a work of fiction must be.

What I mean by this is that any art — whether a poem, a novel, a story, a painting, sculpture, performance art — must to a certain degree remain unknowable, for this unknowability is what keeps the viewer, the reader intrigued. In other words, as I was writing the novel, I became so immersed in Edward and his world that I was not thinking at all about my own world, though of course on a daily basis as an editor I work closely with authors and engage in their process, and I also am fully aware of how books are packaged and promoted and the incongruity at times between art and commerce. I was very careful about navigating this slippery slope.

In short, book publishing is a fascinating and intellectually engaging profession, and I feel privileged to be a part of it and to serve my authors and the company in which I work, but I have no interest in writing about it.

You work on multiple projects at once, and I was hoping you might elaborate on that. How do they inform each other, either in terms of content or sensibility or in a more porous, experiential sense?

When I say “at once,” what I mean is that over a two- or three- or four-year period of time in which writing incubates — a book of poems or a novel, for instance. I am able to shift between the mediums, and I like the way in which they diverge and challenge me as a writer and thinker. What’s interesting about form is what I might discover through it that is not already accessible to me, and I suppose that is ultimately why I write.

In the five years in which I wrote “The Prize,” I was also working on a book of poems called “The Players.” I like moving between these forms. Poetry keeps me keenly aware of the precision of language and what it can do, and magic can happen on a small scale and still a powerful poem can be as impactful as a novel. In writing a novel, I am working on a big canvas and keeping a lot of balls in the air. Moving between the two forms allows me room to breathe and ruminate, if that makes any sense.

Among the most resonant aspects of the novel is its deep understanding about the communicative nature of art. This begins with the artist, but it also has to do with bringing the art to market, exposing it to an audience. To what extent does your knowledge of, and participation in, the “making of the sausage” influence what you write about and how?

I have an uncomfortable relationship with “the making of the sausage,” and I love that metaphor!

I get cranky when I think about the ways the media distorts the public’s sense of what is worthy of attention, and of course both art and literature need to be made known in order to flourish.

For instance, poetry gets little attention in mainstream media, and then we wonder why the public has an uncomfortable relationship to the form.

By the same token, there are six or seven books each season that suck out all the air in the room, get nominated for all the prizes, and I wish that book editors for newspapers and magazines and journals, and NPR and TV producers would take more risks and not feel as if they have to cover the same five or six or seven books.

Of course, as an editor and a writer, I want the books I edit or write to be among the six or seven sucking out all the energy, and this is what I mean by my uncomfortable relationship with the process!

Finally, though, I do believe that authenticity rises to the surface over time, and I suppose that is why I am so passionate about what I do as an editor and a writer.