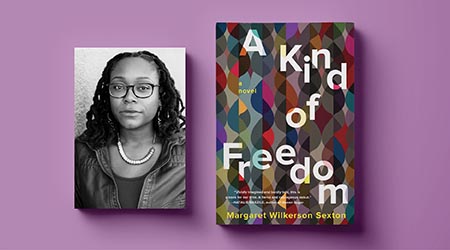 Congratulations to Margaret Wilkerson Sexton, whose debut novel A Kind of Freedom has been nominated for a National Book Award for Fiction!

If that news isn’t quite enough to move this debut to the top of your to-be-read pile, A Kind of Freedom was also a New York Times Book Review Editor’s Choice following a rave review in those pages.

People magazine recently gushed, “Brilliantly juxtaposing World War II, the ’80s and post-Katrina present, Sexton follows three generations of a black New Orleans family as they struggle to bloom amid the poison of racism. The author’s deep knowledge of her city and unerring ear for dialogue help bring her unforgettable characters to life.”

The Washington Post calls the novel a “moving debut… ingeniously told,” The San Francisco Chronicle also highly recommended the book—and that’s just the beginning of what you’ll read and hear about Margaret Wilkerson Sexton this fall.

Click here to order your copy of A Kind of Freedom.