Susan Sherman is the author of The Little Russian and If You Are There. She is the former Chair of the Art Department of Whittier College and the co–creator of one of the most successful television shows for children in the history of the Disney Network. Learn more at susanshermanauthor.com. 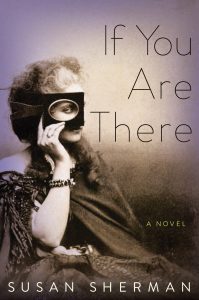 Soon, all of Paris is alit with the news of an impending visit from Eusapia Palladino, the world's most famous medium. It is through her now famous employers that Lucia attends Eusapia's gatherings and eventually falls under the medium's spell, leaving the Curie household to travel with her to Italy. Ultimately, Lucia is placed directly in the crosshairs of faith versus science –what is more real, the glowing substances of the Curie laboratory or the glowing visions that surround the medium during her séance? 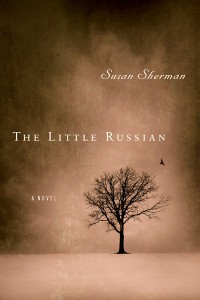 The Little Russian spotlights an exciting new voice in historical fiction, an assured debut that should appeal to readers of Away by Amy Bloom or Cold Mountain by Charles Frazier. The novel tells the story of Berta Alshonsky, who revels in childhood memories of her time spent with a wealthy family in Moscow –a life filled with salons, balls and all the trappings of the upper class — very different from her current life as a grocer's daughter in the Jewish townlet of Mosny. So when a mysterious and cultured wheat merchant walks into the grocery, Berta's life is forever altered. She falls in love, unaware that he is a member of the Bund, The Jewish Worker's League, smuggling arms to the shtetls to defend them against the pogroms sweeping the Little Russian countryside.