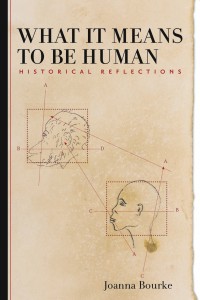 What It Means to be Human

Historical Reflections from the 1800s to the Present

In 1872, a woman known only as "An Earnest Englishwoman" published a letter titled "Are Women Animals?" in which she protested against the fact that women were not treated as fully human. In fact, their status was worse than that of animals: regulations prohibiting cruelty against dogs, horses, and cattle were significantly more punitive than laws against cruelty to women. The Earnest Englishwoman's heartfelt cry was for women to "become–animal" in order to gain the status that they were denied on the grounds that they were not part of "mankind."

In this fascinating account, Joanna Bourke addresses the profound question of what it means to be "human" rather than "animal." How are people excluded from political personhood? How does one become entitled to rights? The distinction between the two concepts is a blurred line, permanently under construction. If the Earnest Englishwoman had been capable of looking 100 years into the future, she might have wondered about the human status of chimeras, or the ethics of stem cell research. Political disclosures and scientific advances have been re–locating the human–animal border at an alarming speed. In this meticulously researched, illuminating book, Bourke explores the legacy of more than two centuries, and looks forward into what the future might hold for humans, women, and animals. 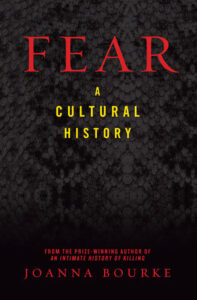 Fear — the word, itself, conjures the appropriate response. With a dark cacophony of associations like fright, dread, horror, panic, alarm, anxiety, and terror, fear is universally understood as one of the most basic and powerful of human emotions, obtaining a nearly palpable and overwhelming substance in today's world.

In this groundbreaking book, acclaimed historian and prize–winning author Joanna Bourke covers the landscape of fear over the past two hundred years: From the nineteenth century dread of being buried alive — a subject dear to the heart of Edgar Allen Poe — to the current worry over being able to die when one chooses; from the diagnoses of phobias and anxieties produced by psychotherapists and lovingly catalogued, to the role of popular culture and media in inciting panic and dread; from the horrors of the nuclear age to the fear of twenty–first century terrorism, Fear tells the story of anguish in modern times.

A blend of social and cultural history with psychology, philosophy, and popular science, this astonishing book — exhaustively researched and beautifully written — offers strikingly original insights into the mind and worldview of the "long twentieth century" from one of the most brilliant scholars of our time. 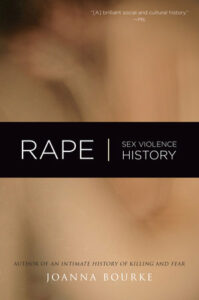 Joanna Bourke takes the issue of rape out from the academic ghettos and distills the truth so often exploited to sell newspapers. Neither prurient nor overly sympathetic, she investigates rape from a historical standpoint examining the history of sexual aggression, the idea of rape as a social construct, and the often–ignored idea of embodiment, and analyzes the physical response of rapists as well as the often–cited "rape is about power" theories.

Indebted to a growing body of sophisticated feminist analyses about rape victims, Bourke here shifts the emphasis from the victims to the perpetrators in order to place rapists in their historical context. An invaluable study, this book delivers the hard truth that if we are to imagine a world free of unwanted sexual violence, then we must consider the issue of rape from every angle. 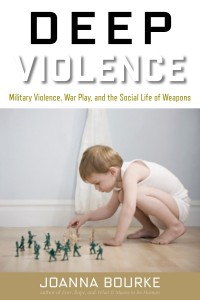 Military Violence, War Play, and the Social Life of Weapons

2014 marks the 100th anniversary of the declaration of the First World War, and with it comes a deluge of books, documentaries, feature films and radio programs. We will hear a great deal about the horror of the battlefield. Bourke acknowledges wider truths: war is unending and violence is deeply entrenched in our society. But it doesn't have to be this way. This book equips readers with an understanding of the history, culture and politics of warfare in order to interrogate and resist an increasingly violent world.

Wounding the World investigates the ways that violence and war have become internalized in contemporary human consciousness in everything from the way we speak, to the way our children play with one another, to the way that we ascribe social characteristics to our guns and other weapons. With a remarkable depth of insight, Bourke argues for a radical overhaul of our collective stance towards militarism from one that simply aims to reduce violence against people to one that would eradicate all violence. Her message is judicious and vital: knowledge about weapons and the violence they bring has simply become too important to cast aside or leave to the experts.