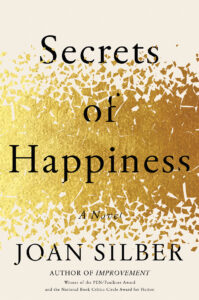 When a man discovers his father in New York has long had another, secret, family—a wife and two kids—the interlocking fates of both families lead to surprise loyalties, love triangles, and a reservoir of inner strength—"It would be impossible to overstate just how good this book is" (Ann Patchett).


Ethan, a young lawyer in New York, learns that his father has long kept a second family—a Thai wife and two kids living in Queens. In the aftermath of this revelation, Ethan's mother spends a year working abroad, returning much changed, as events introduce her to the other wife. Across town, Ethan's half brothers are caught in their own complicated journeys: one brother's penchant for minor delinquency has escalated, and the other must travel to Bangkok to bail him out, while the bargains their mother has struck about love and money continue to shape their lives.

As Ethan finds himself caught in a love triangle of his own, the interwoven fates of these two households elegantly unfurl to encompass a woman rallying to help an ill brother with an unreliable lover and a filmmaker with a girlhood spent in Nepal. Evoking a generous and humane spirit, and a story that ranges over three continents, Secrets of Happiness elucidates the ways people marshal the resources at hand to forge their own forms of joy. 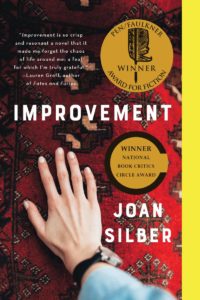 The national bestseller and New York Times Notable Book about a young single mother living in New York, her eccentric aunt, and the decisions they make that have unexpected implications for the world around them from one of America's most gifted writers of fiction, "our own country's Alice Munro" (The Washington Post).

Reyna knows her relationship with Boyd isn’t perfect, yet as she visits him throughout his three–month stint at Rikers Island, their bond grows tighter. Kiki, now settled in the East Village after a journey that took her to Turkey and around the world, admires her niece’s spirit but worries that she always picks the wrong man. Little does she know that the otherwise honorable Boyd is pulling Reyna into a cigarette smuggling scheme, across state lines, where he could risk violating probation. When Reyna ultimately decides to remove herself for the sake of her four–year–old child, her small act of resistance sets into motion a tapestry of events that affect the lives of loved ones and strangers around them.

A novel that examines conviction, connection, and the possibility of generosity in the face of loss, Improvement is as intricately woven together as Kiki’s beloved Turkish rugs, as colorful as the tattoos decorating Reyna’s body, with narrative twists and turns as surprising and unexpected as the lives all around us. The Boston Globe says of Joan Silber: "No other writer can make a few small decisions ripple across the globe, and across time, with more subtlety and power." Improvement is Silber’s most shining achievement yet.

"Without fuss or flourishes, Joan Silber weaves a remarkably patterned tapestry connecting strangers from around the world to a central tragic car accident. The writing here is funny and down–to–earth, the characters are recognizably fallible, and the message is quietly profound: We are not ever really alone, however lonely we feel." —The Wall Street Journal