Jared Yates Sexton is the author of The People Are Going to Rise Like the Waters Upon Your Shore. He is a contributing political writer at Salon, and his writing has appeared in The New York Times, The New Republic, and elsewhere. He is an associate professor of creative writing at Georgia Southern University. You can follow him at @JYSexton. 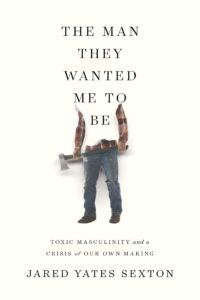 The Man They Wanted Me to Be

Toxic Masculinity and a Crisis of Our Own Making

Based on the provocative and popular New York Times op–ed, this memoir alternates between the examination of a working–class upbringing and a cultural analysis of the historical, psychological, and sociological sources that make up the roots of toxic masculinity and its impact on society.

As progressivism changes American society, and globalism shifts labor away from traditional manufacturing, the roles that have been prescribed to men since the Industrial Revolution have been rendered obsolete. Donald Trump's campaign successfully leveraged male resentment and entitlement, and now, with Trump as president and the rise of the #MeToo movement, it’s clear that our current definitions of masculinity are outdated and even dangerous.

Deeply personal and thoroughly researched, the author of The People Are Going to Rise Like the Waters Upon Your Shore has turned his keen eye to our current crisis of masculinity using his upbringing in rural Indiana to examine the personal and societal dangers of the patriarchy. The Man They Wanted Me to Be examines how we teach boys what’s expected of men in America, and the long–term effects of that socialization―which include depression, shorter lives, misogyny, and suicide. Sexton turns his keen eye to the establishment of the racist patriarchal structure which has favored white men, and investigates the personal and societal dangers of such outdated definitions of manhood.

"By carefully and soberly examining his own story, Sexton deconstructs American life and gives many examples of how pervasive toxic masculinity is in our culture." ―Henry Rollins, Los Angeles Times

"This book is critically important to our historical moment . . . Crackles with intensity and absolutely refuses to allow the reader to look away for even a moment from the blight that toxic masculinity in America has wrought." ―Nicholas Cannariato, NPR 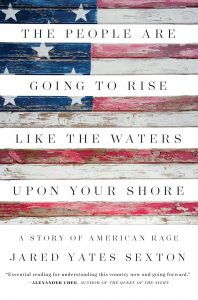 A Story of American Rage

“Sexton grapples with the Trump campaign from the perspective of the crowds reveling in the candidate’s presence and message. It is a useful vantage point given the increasingly blatant bigotry in the months since the election.” —The Washington Post

The People Are Going to Rise Like the Waters Upon Your Shore is a firsthand account of the events that shaped the 2016 presidential election and the cultural forces that powered Donald Trump into the White House. Includes an all new afterword that details the first year of the Trump presidency.

“With a novelist’s flair for the dramatic scene and evocative detail, Sexton expertly marries the quotidian tedium of the campaign trail (so many hotel room beers) and the outlandish circumstances of this particular election season with his astute observations about our polarized national condition.” —Salon

“This is the post–campaign book I was waiting for. Essential reading for understanding this country now and going forward.” —Alexander Chee, author of The Queen of the Night