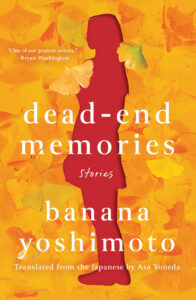 "This is a supremely hopeful book, one that feels important because it shows that happiness, while not always easy, is still a subject worthy of art." —Brandon Taylor, The New York Times Book Review

First published in Japan in 2003 and never before published in the United States, Dead-End Memories collects the stories of five women who, following sudden and painful events, quietly discover their ways back to recovery.

Among the women we meet in Dead-End Memories is one betrayed by her fiancé who finds a perfect refuge in an apartment above her uncle’s bar while seeking the real meaning of happiness. In “House of Ghosts,” the daughter of a yoshoku restaurant owner encounters the ghosts of a sweet elderly couple who haven’t yet realized that they’ve been dead for years. In “Tomo-chan’s Happiness,” an office worker who is a victim of sexual assault finally catches sight of the hope of romance.

Yoshimoto’s gentle, effortless prose reminds us that one true miracle can be as simple as having someone to share a meal with, and that happiness is always within us if only we take a moment to pause and reflect. Discover this collection of what Yoshimoto herself calls the “most precious work of my writing career.” 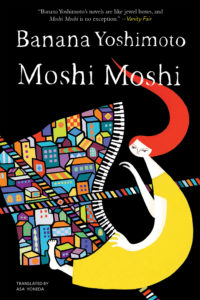