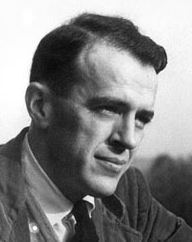 WILLIAM KEEPERS MAXWELL, JR. (1908-2000) was a fiction editor for The New Yorker from 1936-1975. During that time, he became a legendary mentor and confidant to many emerging writers of the 20th century. Although he was best known as an editor, he was a highly respected and award winning novelist and short story writer as well. He died in 2000.

The Element of Lavishness: Letters of Silvia Townsend Warner and William Maxwell, 1938-1978