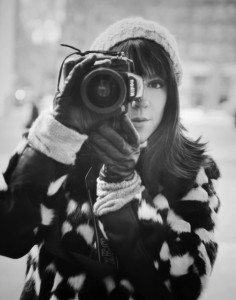 STATIA GROSSMAN is a New York City photographer. She studied art at James Madison University in Virginia before returning to New York, where she started out taking pictures of indie bands and unsigned artists. Eventually, Statia found herself with backstage access at festival and arena shows, snapping shots from the front row and flying around the world to photograph Robert Plant, Cheryl Crow, P. Diddy, Jack White, and other celebrities. She currently divides her time between her career as a freelance music, fashion, and documentary photographer and the other loves of her life: her two children.

Shit You Left Behind: Hell Hath No Fury Like a Photographer Scorned