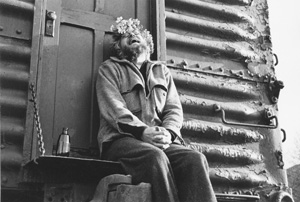 was born in Olympia, Washington, in 1929. He attended the University of Washington, where he studied medicine until he met teacher and poet Theodore Roethke, who became his mentor. After graduating with a degree in creative writing, he spent his life living in and writing about the Pacific Northwest until his death in 2001.