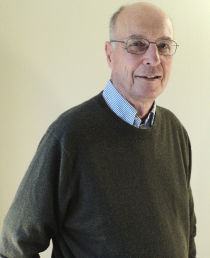 ROBERT C.S. DOWNS was born in Chicago, and was brought up just outside New York City. He is a graduate of Harvard and the Iowa Writers’ Workshop. Three of his novels have been produced for television, one each by NBC, CBS, and the BBC, the last of which won five British Academy Awards and was voted Best Television Film of the year in Great Britain. His awards include a Guggenheim Fellowship and an NAACP Image Award nomination. He’s taught in and has been director of the MFA programs at Penn State and the University of Arizona. He and his wife, Barbara, have two daughters, Christina and Susan. He tries to play golf as much as he can in State College, PA, and Myrtle Beach, SC.

The Fifth Season: A Novel