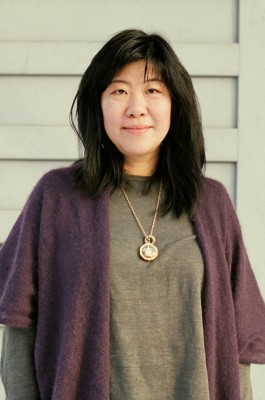 BANANA YOSHIMOTO was born in Tokyo in 1964 and graduated from Nihon University, College of Art, where she majored in literature. She debuted as a writer in 1987 with Kitchen, a novella that won her the 6th Kaien Newcomers’ Literary Prize. In 1988, Moonlight Shadow, her thesis story, was awarded the 16th Izumi Kyoka Prize for Literature. Then, in 1989, she received two accolades: the 39th Recommendation by the Minister of Education for Best Newcomer Artist, for Kitchen and Utakata/Sanctuary, and the 2nd Yamamoto Shugoro Literary Prize, for Goodbye Tsugumi. In 1995 she won the 5th Murasaki Shikibu Prize, for Amrita, a full-length novel. And in 2000, Furin to Nambei, a collection of stories set in South America, received the 10th Bunkamura Deux Magots Literary Prize. Her works have been translated and published in more than 30 countries. Outside of Japan, too, she has won several awards. In Italy she won the Scanno Literary Prize in 1993, the Fendissime Literary Prize in 1996, the Maschera d’argento Prize in 1999, and the Capri Award in 2011. Recent works include Tori Tachi, Circus Night, Funa-Funa Funabashi, and Iyashi no Uta. Photo Credit: Fumiya Sawa