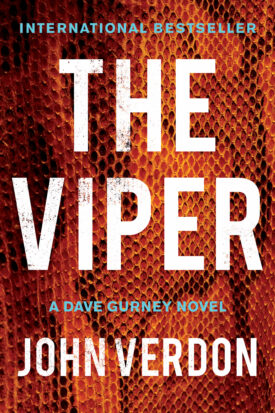 Pushed to his breaking point and accused of murder, retired NYPD detective Dave Gurney must face his greatest adversary yet to solve a mystery that is quickly tearing his world apart

Tennis bad boy Zeko Slade is serving twenty years for the grisly murder of small-time criminal Lenny Lerman. The facts of the case—and Slade’s checkered past—seem indisputable. What begins as a cursory review of the case as a favor to Dave Gurney’s wife’s friend soon spirals into something much more complicated. When Gurney’s involvement threatens to expose a viper’s nest of corruption, he finds himself framed for murder and pursued by a sensational media, a ruthless district attorney, and a coldblooded killer.

As he evades the law and attempts to solve the case to salvage his reputation, Gurney grapples with the realization that his unshakable need for police work is costing him more than the brilliant detective ever suspected. The Viper is the most shocking and riveting chapter yet in the internationally bestselling Dave Gurney series.