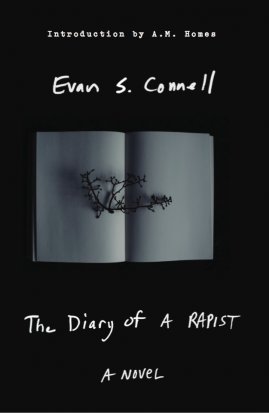 The Diary of a Rapist

The story begins with the unhappy marriage of junior clerk Earl Summerfield to the much older Bianca. Feeling victimized by his cold wife and mocking superiors at work, Earl decides to keep a diary, a chronicle of his apparently crumbling marital relations, the paranoia and abuses he is seemingly forced to tolerate at work, and the world around him going to pieces in 1960’s San Francisco. What he sees, what he says, what he wants to say – everything swarms his head and consciousness, inciting and fueling fantasies of love, ambition, and avenging the violent crimes with which he was become obsessed. His angry and unstable mind alternates between feelings of apprehension and disgust, and exploring his own violent, sexual fantasies, and Earl takes action first by breaking into other peoples’ houses and then fixating on various women, before settling with utmost and troubling certainty on the local beauty queen, Mara St. John’s.

This unnerving work is a contemplation of the middle–class existence in a changing world, narrated by an unstable man held hostage by his deteriorating mental state.