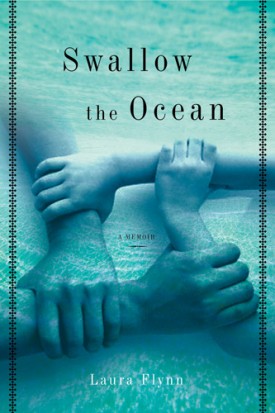 Charismatic, beautiful Sally Flynn was the center of her daughters’ imaginations, particularly Laura’s. Without warning, life as they knew it changed as paranoid schizophrenia overtook Sally. Whether it was accusing Laura’s father of trying to win her over to the side of Satan, or buying only certain products that were evil–free, glimmers of her mother’s future paranoia grew brighter as Laura’s early years passed. Once her husband left the family and filed for divorce, Sally’s symptoms bloomed in earnest, and the three girls united in flights of fancy of the sort their mother had taught them in order to deflect danger. Set in 1970s San Francisco, Swallow the Ocean is a searing, beautifully written memoir of a childhood under siege and three young girls determined to survive. In luminous prose, this memoir paints a most intimate portrait of what might have been a catastrophic childhood.

A native of San Francisco, Laura Flynn currently teaches writing at the University of Minnesota, Minneapolis, where she lives with her husband.

Praise
"[A] beautifully written memoir ... Poetic and masterful, this is a memoir you won't soon forget." -- Edwidge Danticat